Racing mechanical fuel injection jetting is made up of nozzles to the engine and one or more bypass pathways back to the fuel supply.  The positive displacement fuel pump with the jetting layout makes a linear ‘fuel curve’ with engine RPM.  That is, the fuel to the engine per revolution is essentially constant.  As RPM goes up, fuel goes up.  Typical fuel pumps are usually bigger than necessary.  Tuning is done by changing one of the bypass circuits.  That is done to reduce or increases the fuel bypass for one of several different purposes.

The main bypass is the most common one used for tuning.

>> A bigger main bypass is used to reduce engine enrichment

>> A smaller main bypass is used to increase engine enrichment.

A high-speed is used to provide an added bypass for various functions.  For a normally (naturally aspirated) racing engine, it is commonly used to open at high engine RPM.  That reduces fuel per revolution.  That is used to match the engine fuel need.  In a normally aspirated engine, that usually goes down at higher engine RPM because of a reduction in volumetric efficiency at higher RPM.

For a blown engine, older blowers would lay down at high speeds.  The high-speed bypass was used in the same manner.  It would open at higher RPM to reduce fuel per revolution.  That would match the declining fuel need with the blower that would pump less air at higher speeds.

The high-speed bypass can also be used for extra fuel enrichment at the low end to reduce power.  Drag racing with a torque converter may benefit from that.  Power reduction on the hit can help to avoid tire spin on the launch.

Some FI barrel valves are equipped with an added bypass circuit for pump pressure relief.  That is usually only enabled at low to mid throttle positions.  When the throttle is partially closed at high RPM, the fuel pump is delivering a lot of fuel.  However, the barrel valve is closed down.  Without pump relief, the fuel pressure can go too high.  This circuit is disabled at mid to full throttle. 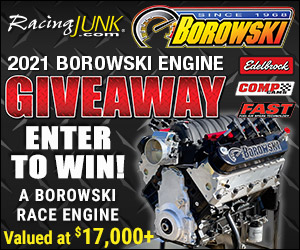