Question: Is it difficult to bracket race with mechanical fuel injection compared to carburetors?
Answer: (I) I met an interesting competitor in IHRA when I was writing the TECH STOP who ran an injected normally aspirated small block. It was set up by Kinsler. He said he never has to change a jet or make any idle or other adjustment. And he runs consistently where ever he travels within his circuit.

I know from our experience that the tuning window in methanol is wide, and I believe this racer is set up in the MIDDLE of his window. As a result, when he goes to different air densities, the engine is OK. It is still within a tuning range for his setup even though the air has changed. Our Fuel Injection Racing Secrets and 5000 Horsepower on Methanol books provide information for finding the center of the tuning window.

(II) In our case with a supercharged engine, we are able to adjust jetting to our tuning window center using the math in Fuel Injection Racing Secrets to maintain the same air to fuel ratio for what ever blower overdrive we are using and air density we are in.

There you have two extremes. When I analyzed these two ways, I concluded the following:
(A) if a car is running flat out such as NHRA Comp Eliminator, Pro Mod, IHRA or NHRA Top Alcohol, many of the circle & drag boat racing classes, etc., and land or water high speed events, many competitors run their combination at the edge of the tuning window. In that case, adjustment of the fuel system for different air densities is a necessity. Air to fuel ratio knowledge is an enormous aid to find the jetting needed in different air densities. In our case, we chose to do that even though we are not flat out.? We would adjust the jetting according to the simple calculations in Fuel Injection Racing Secrets and 5000 Horsepower on Methanol to maintain the same air to fuel ratio, and our tuning life became simple.? All the spark plug readings remain constant for any change in our blower overdrive or weather.? Our high speed bypass opens at the same engine speed giving us consistency and with the other jetting adjustments, a robust setup.
(B) In bracket racing to a fixed ET, life gets real complicated for some.? One reason is due to common fuel injection adjustments such as changing the main bypass for different spark plug readings from the different air densities. That single adjustment changes many things in the setup and can alter the ET in may ways. In our case instead, we simply changed the blower overdrive according to the simple math in Fuel Injection Racing Secrets to compensate for the different air densities. When we do that, we do not change the fuel system or our shift points, and the car runs the same. The blower overdrive changes compensate for the air density changes. Again knowledge of the blower air and air density effect from our books makes that simple to do.
(C) In ET bracket racing where you choose a different “dial-in” but try to maintain a consistent ET, we again find the air density according the the math in 5000 Horsepower on Methanol. When we do that, we can leave the blower overdrive alone. We adjust the fuel system according to the math in appendix 3 of Fuel Injection Racing Secrets to maintain the same air to fuel ratio. It is normally no more than one or two jet changes. As air density changes, we change our shift point. We use a Quarter Jr. drag race program to determine the shift point necessary to repeat the same performance.

The carburetor alternative is not necessarily easy: Carburetors have their own set of adjustments. They have jets, primary & secondary float bowl levels, fuel pressure, idle circuit, intermediate circuit, & high speed circuit adjustments. Unfortunately many of those adjustments are best done by carburetor setup experts with special flow instruments. While many racers are successful with carburetors, fuel injection is much more simple. A basic understanding from a source such as Fuel Injection Racing Secrets along with fuel injection manufacturer information is plenty of help for most racers. 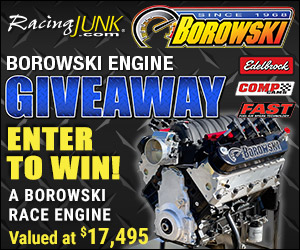