Pro Calc is now available for your internet ready device: iphone, lap top computer, desk top computer, or other web ready device. It will calculate jetting and nozzles in mechanical fuel injection engines in the pits or staging lanes for weather or tuning adjustments.

FOR EXAMPLE: We used Pro-calc to set up nozzles and jetting for 5 different fuel combinations, all confirmed in only 15 drag race test runs. That was an average of three runs per combination to determine nozzles and jetting baselines for full quarter mile drag race passes with good spark plug color, even burning on all cylinders, no bog, no misfiring, and great power. All of the jetting was determined prior to the first test run of each combination with PRO-CALC using information recommended in our books for air to fuel ratios, fuel system pressures, nozzle fuel distributions, and hat to port fuel split percentages discussed in our books. Guess what, technology works.

TUNING NORMALLY ASPIRATED ENGINES WITH PRO-CALC
The tuner can adjust nozzles and jetting in a normally aspirated racing engine to control:

TUNING SUPERCHARGED ENGINES WITH PRO-CALC
For a supercharged engine, the tuner can do all the above plus:

The above example is typical of a mechanical fuel injection system set up for “flat lining” a fuel curve. Flat lining is explained further in our jetting manuals for
normally aspirated small blocks or normally aspirated big blocks.

Footnote: Assume typical spare jet sizes in 0.005″ increments (0.085, 0.080 in the engine, 0.075, etc.). If you put a 0.075 in the main bypass instead of the 0.078 that is determined by PRO-CALC, you would be changing the air to fuel ratio to 5.18 to 1 according to PRO-CALC. That would be a coarse enrichment and likely a loss in power. Your search for more power from enrichment would be a failure because the change is too big.

JETTING FOR WEATHER OR ALTITUDE: Examples that maintain the same air to fuel ratio of 5.4 to 1 for different air densities:

Pro-calc can determine nozzles & jetting for

HOLDING CONSTANTS WITHIN FUEL SYSTEM
With Pro-calc, the tuner can choose to hold any of the following:

SAVE ON COST OF SPARES
Pro-calc can be used to best fit your available inventory of nozzles and jetting to subsequent tuning needs. For example, PRO-CALC was used in a recent test to predetermine nozzles and jetting before a dynamometer test. Then the fuel injection hardware was made available to test all intended combinations on the dynamometer. The dynamometer test was then done to thoroughly evaluate the fuel system with the appropriate nozzle and jetting changes possible as all the parts were already identified ahead of time and made available for the test.

SUMMARY
Using PRO-CALC and the technical information from FIRS & 5HPM, the predetermination is illustrated of an engine horsepower & torque goal with the required jetting. We are using PRO-CALC in a similar manner for our supercharged engine with great success. I would not want to ever race without it. 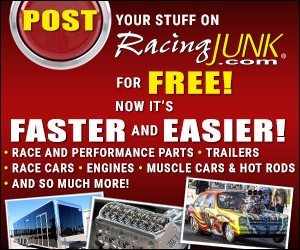